When The National Shrine of St. John Neumann needed to be more accessible and contemporary, the Redemptorists at the shrine didn’t take any chances. After all, hundreds of thousands of the faithful from around the world routinely make pilgrimages to what is one of the most visited national shrines in the United States, among them Sts. John Paul II and Katharine Drexel. accent branded a capital campaign so the Redemptorists could reach their goals, including modernizing the shrine and funding the construction of a curated museum, expanded gift shop, media center and cafe. From tag line to case statement as well as every piece of campaign support material, accent researched, designed and wrote the collateral that told the story of America’s first male saint and the importance of his shrine and its future. An overall success, our campaign video won three national Telly awards over more than 1,400 entrants. 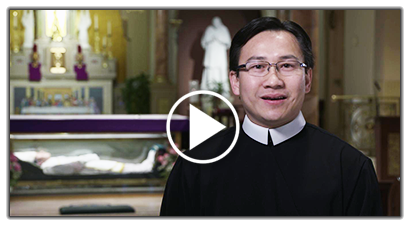